The four-week Go KP Summer Games Team Challenge (running from June 1 to June 30) is designed to keep you moving – both for a healthier you and some friendly competition. Beginning May 8, you can sign up at Go KP to join the Challenge and start forming your team of four or more.

Check out the Kaiser Permanente Health Coach Web site – a Web site to guide you to better health using personalized video coaching that comes to your computer.

You can choose to subscribe to the following modules:

Get Started – Click here to watch the video orientation. 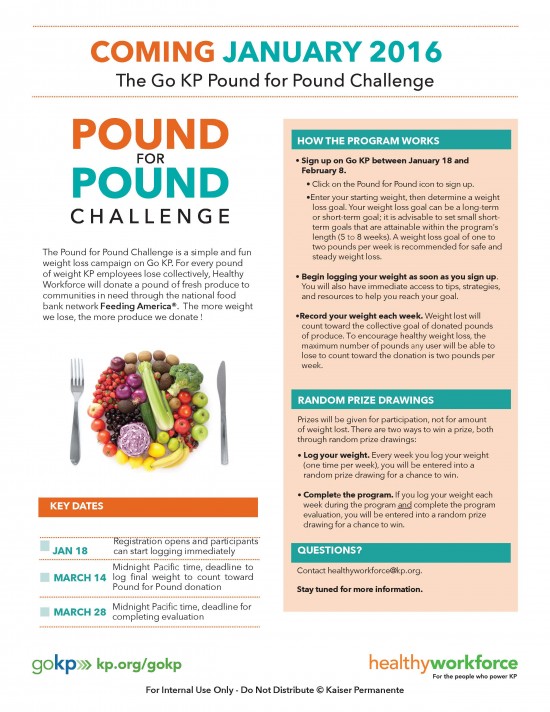 Mandarin sales will start again this month at several KP locations from 9:30 a.m. to 2:30 p.m. (or until sold out). Buy yours at these facilities:

What is the Best Gift you can Give? 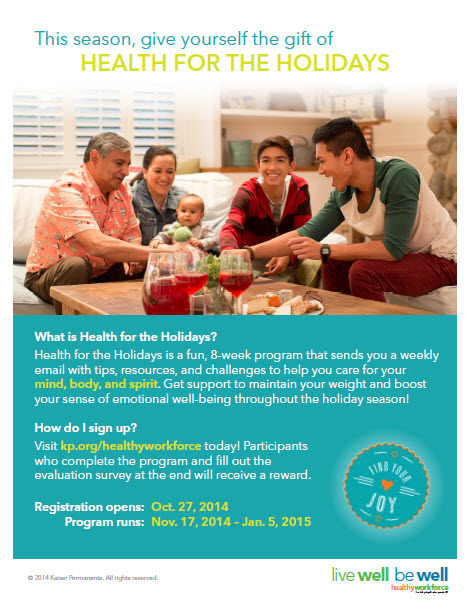 Get Moving – Change Your Life

Get Moving – Change Your Life

Thank you for joining us for Dr. Weitzenberg’s presentation. We had over 500 MDs and staff attend.

Don’t forget to Set your goal and Stay Motivated!

We all know it’s important to be physically active. But have you ever wondered just how important?

Join Todd Weitzenberg, MD, for an engaging presentation on the power of exercise to transform your health and well-being. Learn about: 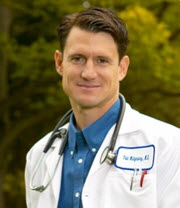 Dr. Weitzenberg is a Sports Medicine physician at Santa Rosa Medical Center and is the chief and developer of KP Santa Rosa’s Sports Medicine program. A competitive cyclist and lifelong athlete, he believes that exercise is the best medicine.

END_OF_DOCUMENT_TOKEN_TO_BE_REPLACED

Safe shoes are “in” at Kaiser Permanente!

Your shoe selection can be the difference between your safety and injury at work. Did you know that the type of shoe you wear to work could be the cause of a slip, trip, or fall? OUCH!

Show that you care about safety by wearing your safe shoes over to the “Show Our Shoes” table at your facility on the designated date and you will be a footwear winner! If you are wearing SAFE shoes you will receive a cool free gift. Take Charge! participants bring your card with you to receive 1,000 points.

Which shoes are you wearing? Are you safe from injury?

The Don’ts of Safe Shoes:

The Do’s of Safe Shoes:

Calling all walkers! Do you know about the anatomy of walking?

There are many health benefits to walking. At Kaiser Permanente, we want to make walking an easy habit for you!

You are invited to join a walking club at a facility near you!

Roseville Medical Center – meet in courtyard by cafe *Wednesday and Friday at 12:35 pm

Rancho MOB – meet in atrium *Tuesday and Thursday at 12:35 pm

Arden Annex – meet outside the double glass doors of the Annex building *Thursdays at 12:35pm

Davis MOB – meet in the patio *Tuesdays and Thursdays at 12:35 pm

Sierra Gardens – meet at the back door near the Pharmacy Dept *Mondays at 12:35 pm

Riverside MOB – meet at the Quad near the Cafeteria *Mondays at 12:35 pm

Lincoln MOB – meet in lobby by pharmacy *Tuesdays at 12:35pm